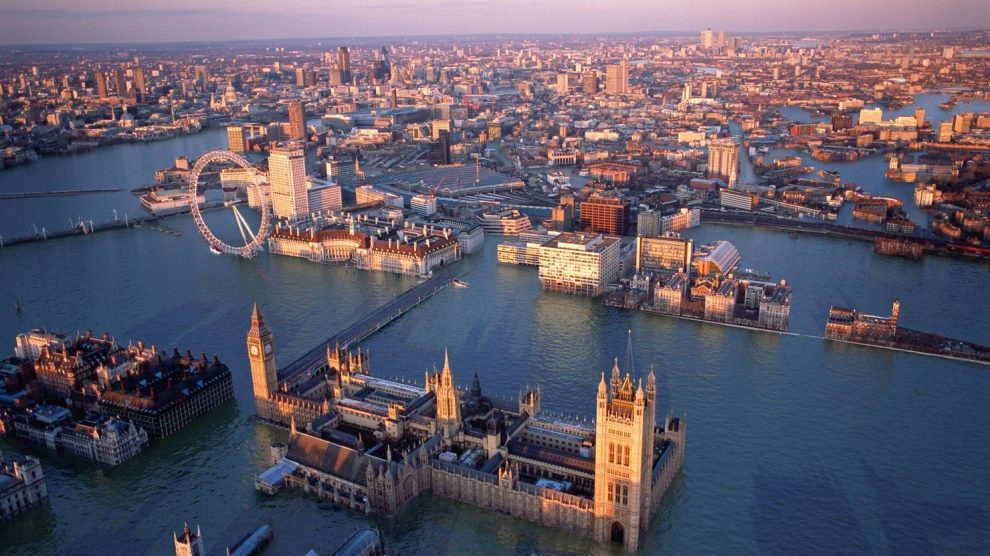 By 2030, sea level rise driven by global warming could be costing the Netherlands city of Rotterdam $240 million a year. By 2100, Rotterdam could be spending $5.5bn a year on its losses –  but the Turkish city of Istanbul could be paying $10bn for coastal climate damage.

Altogether, 13 years from now, climate change losses could be exacting a US$1.2bn toll on 19 great European cities. By 2100, the bill could have risen to $40bn, according to new research.

Two-thirds of all megacities – with populations of more than five million people – are in these low-lying coastal zones, and they are growing rapidly: in the last 40 years, the population at risk from potentially catastrophic once-a-century floods and storm surges has risen by 95%.

So as global temperatures rise, in response to higher levels of greenhouse gases in the atmosphere, driven by combustion of fossil fuels, so do ocean levels. The seas are being swollen not just by melting glaciers from the land but also by thermal expansion.

But the frequency and intensity of rainstorms, floods, hurricanes and storm surges are predicted to increase with average global temperatures. So the world’s great seaports and coastal cities are not just committed to losses from extreme events, but will also have to adapt to continuous and increasing attrition from the waves.

Scientists from the Basque Centre for Climate Change in Spain report in the journal Frontiers in Marine Science that they set about trying to model the economic cost to 19 great European cities – among them Rotterdam, Dublin, Glasgow, St Petersburg, Istanbul, Barcelona, London and Copenhagen – under a series of scenarios for future climate change.

Such calculations are not new: other researchers have looked at the big picture and come to comparable conclusions: by 2050 coastal flooding could be costing vulnerable cities $1 trillion a year. By 2100, such costs could have risen to $100 trillion.

The eastern coasts of the US are predicted to take an ever more violent battering from windstorms throughout the century, and worldwide the growth of the human population and the flight to the cities will mean that ever greater numbers will be ever more vulnerable.

But global statements of awful warning are no help to urban planners who must assess the risk of coastal climate damage to their own cities. So the Basque scientists embarked on the challenge of calculating risks to particular localities.

Since 1980 ocean levels have risen by 20cms, and in this century alone the rate of rise has accelerated from 1.7mm a year to up to 2.9mm a year. But every city is unique, and calculations of risk are bedevilled by factors other than average sea level rise.

In some regions, because of intense extraction of groundwater, the land is sinking under the burden of the city just as tide levels are rising. In others, the land is rising in response to the retreat of the glaciers.

Above some deep geological structures, sea levels are higher because of gravitational anomalies below the crust; in others they are lower, for the same reason. And in many cases, the levels of hazard change with the decades: some coasts are continuously being eroded, while others are being extended as estuaries deliver ever greater quantities of silt.

So the scientists set out to play with both the worst case scenarios and with the attrition to be expected the other 95% of the time in putting an estimate to the toll of sea level change in their 19 chosen cities by the years 2030, 2050 and 2100: they predicted a probability that by 2030, sea levels for Athens would have risen by 14cms; would have doubled to 28 cms by 2050; and reached 67cms by 2100.

Its neighbour Izmir on the Turkish coast of the same sea would have risen by 23cms and 45 cms on the first two dates. But by 2100, the sea could be 120cms higher at Izmir.

Such calculations of risk require some very sophisticated mathematical reasoning, but the outcomes can only in the end deliver guides to the likely hazards at any particular European seaport.

By 2100 sea level rise driven by climate change could be costing Odessa $6.5bn a year and Rotterdam $5.5bn, while Glasgow and Dublin could each face economic losses of around $1.5bn.

“Local, regional, and national policy-makers should not settle for traditional approaches but should seek to introduce risk assessments under uncertainty”

The authors warn that outcomes in 2030 would be no sure guide to costs by the century’s end. For instance, they don’t see any significant change for Athens or Stockholm by 2030: sea levels might by then even have fallen at those two ports.

Rotterdam will lead the damage ranking for coastal climate damage by 2030. By 2050, the Dutch city will be overtaken by Istanbul, where losses will increase seven-fold.

Importantly, in their calculations, the researchers factor in the highly-improbable once-a-century events. They do so because, although they remain improbable, when they happen the damage they do is out of all proportion to normal attrition from wind and tide.

“Local, regional, and national policy-makers should not settle for traditional approaches but should seek to introduce risk assessments under uncertainty into their decision-making processes.

“This would enable them, for instance, to define some kind of acceptable level of risk according to the actual situation of each city,” they conclude. Disasters may be improbable, they concede. But they happen all the same.

This work is licensed under a Creative Commons Attribution 4.0 International License. 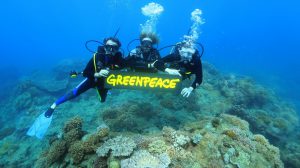