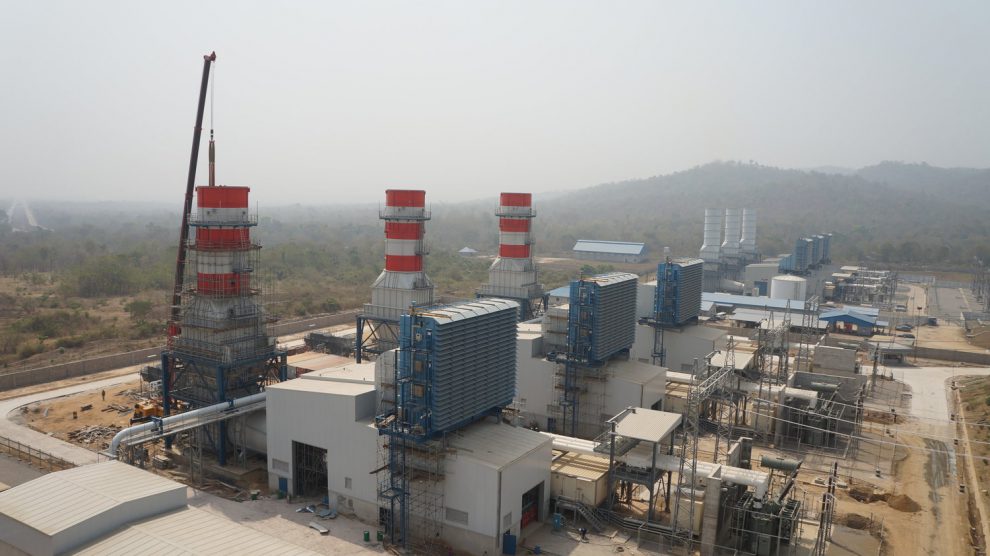 At the UN Climate Negotiations in Paris the world agreed to keep global warming to well below 2°C, above pre-industrial levels. The Paris Agreement was welcome news for averting the worst impact of climate change. But it was pretty bad news for the fossil fuel industry.

About three-quarters of the fossil fuel industry’s coal, oil and gas reserves have to remain in the ground unburnt if the world is to keep warming to 2°C – never mind well below it.

This raises a challenging question: who gets to sell the remaining burnable fossil fuels? Fossil fuel markets have historically been defined by forces like economics, oil cartels, and coal barons, counterbalanced against the rights of states to exploit their natural resources. But policy makers and academics are starting to ask whether the right to sell the last fossil fuels should be allocated according to the logic of equity and justice instead.

For instance, sub-Saharan Africa has around 65 billion barrels of proven oil reserves, 5% of the world’s total. Three-quarters are situated within Nigeria and Angola. Both are in the United Nations Development Programme’s low human development category. Countries like Angola and Nigeria could see significant reductions in export and government revenue from fossil fuels as the world transitions to clean energy.

According to a recent study by the Stockholm Environmental Institute, acting in line with climate targets would see:

“the loss of a sizeable revenue stream specifically for developing country regions, the magnitude of which can be a significant percentage of GDP. This is especially true of sub-Saharan Africa, the Middle East and North Africa, and Latin America.” 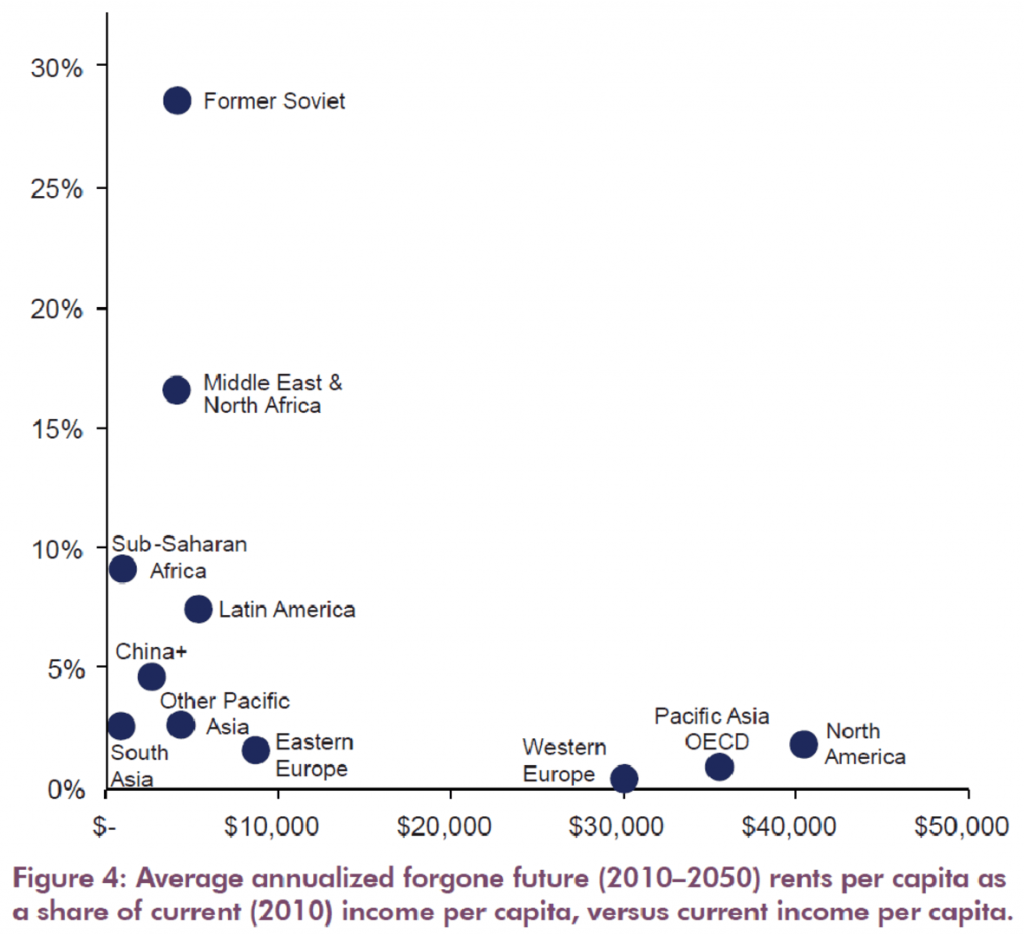 The study shows that richer regions like North America and Western Europe are also set to see foregone fossil fuel revenue. But they have already exploited much of their burnable reserves and won’t be hit as hard as the developing world.

This unequal impact echoes broader trends of climate and global injustice: the richer global north has benefited the most. The global south, meanwhile, will be hardest hit by climate change in the future unless the world acts in a more equitable way moving forward.The study shows that richer regions like North America and Western Europe are also set to see foregone fossil fuel revenue. But they have already exploited much of their burnable reserves and won’t be hit as hard as the developing world.

Economies that depend on fossil fuels need to act swiftly to diversify their economies. If not, they may suffer a similar fate to Venezuela. Its heavy reliance on oil revenues helped destabilise the country in the midst of the current oil glut.

Saudi Arabia is taking heed. It is already planning for the end of the oil age by ploughing revenue from its oil reserves into diversifying its economy away from oil.

The speed of the transition ahead, however, may be too fast for many fossil fuel reliant countries to fully keep up. Environmental regulations and the rapid progress in clean and alternative energy are stranding coal assets across the globe.

The confluence of electric vehicles, increased efficiency and alternative modes of transport means that oil demand could peak as early as 2020. It could shrink thereafter, potentially creating another oil crash.

Such trends are already sending shockwaves throughout the fossil fuel industry. They pose significant risks to countries heavily reliant on fossil fuel revenues, such as Nigeria and Venezuela.

If we are to act in line with the Paris Agreements, we will need to move even faster. Global emissions have stagnated over the last three years. But to keep global warming to 1.5°C, they need to be reduced at about 8.5% a year. That, according to Oxfam researcher James Morrissey is the equivalent of pulling about 980 coal fired power stations off-line per year.

For a less ambitious 2°C, emissions need to be reduced by 3.5% per year. This is a transition which could still represent close on $30 trillion in lost fossil fuel revenue in the next two decades, and $100 trillion by 2050.

Importantly, both the 2°C and the 1.5°C target provide major net positive economic benefits. For instance, estimates show that a 1.5°C pathway would avoid major climate impacts, ensure the global economy is 10% bigger by 2050. It would also create many more jobs, improved health and access to energy than business as usual. Nonetheless, the negative impact of losses from fossil fuels raise questions of equity.

According to political philosopher Simon Caney, to act equitably, priority in the sale of fossil fuels should be given to countries with: a low level of development; who have benefited the least from past extraction; and who have the least alternative available forms of energy or resources for development.

The story is more complicated though. Equity does not always align with efficiency. 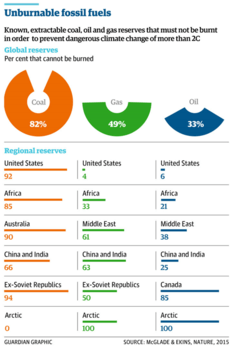 One proposal to combine both equity and efficiency is to follow the most efficient route, and then to compensate developing countries who will be hardest hit by stranded assets. The politics surrounding such a proposal would likely be difficult. But there are no easy political answers here.

Given that hard political reality, we need to be careful to not allow questions of stranded assets and equity to derail progress on climate change. It may be an injustice to not strand fossil fuels equitably. But much graver injustice and harm will come from not acting on climate change, particularly for least developed and developing nations.

What’s clear is that the problem shouldn’t be exacerbated by investing in new fossil fuel projects. There are already more than enough fossil fuel reserves and infrastructure to push past climate targets. Investing in more will only exacerbate climate change, deepen the problem of stranded assets, and make an equitable solution even harder to attain.

Georges Alexandre Lenferna is a Fulbright Scholar at the University of Washington studying climate ethics. He has worked as a research consultant for 350.org, a volunteer fellow for Carbon Washington, and has played a leadership role within a number of fossil fuel divestment campaigns.

This work first appeared at theconversation.com and is licensed under a Creative Commons Attribution-No Derivatives 4.0 International License.