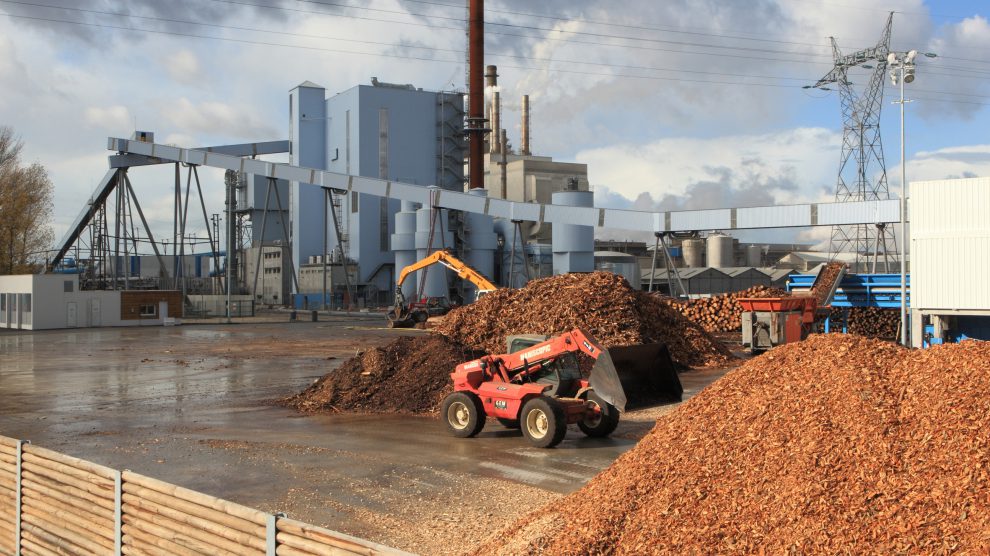 While traditional biomass makes up just under half of all renewable energy used across the globe, the share of biomass used to generate electricity is now 2% out of a total renewables quotient of 24% by -end 2015. In Europe this figure has been rising, and in 2014 biomass made up over 60% of all renewable energy consumption; mostly for building heat but also as 4.5% of all transport fuel and 5% of all electricity in Europe, according to the AEBIOM 2016 statistical report.

Over the past decade Europe has been steadily ramping up biomass electricity conversion, substituting coal for wood pellets along the same lines as Nordic and Baltic states where wood biomass accounts for over half of the renewable energy supply given the abundance of forestry and associated co-products and residues.

Given the fact that as NGO Fern points out, ‘EU forests can only supply a limited amount of timber and cannot meet growing energy demands for wood’, Europe has been looking further afield for its biomass supply. Aided by large subsidies and not subject to emissions regulations such as the ETS scheme, and with different laws applying in each member state, EU companies have sought solid biomass energy feedstocks in other regions, notably the American South-East.

However, after the initial drive to expand logging operations in the US, a growing awareness of the inadequacy of EU policy regarding the industrial use of previously natural forest as a carbon-neutral energy source has been identified. In addition, with Asia and other parts of the world now following suit, policymakers are starting to look at the role forests play within the emissions reductions dialogue.

Within this dialogue comes the associated issues of deforestation as land use change, and the concept of carbon offsetting through natural forest carbon stocks, both of which relate to the use of forestry as an energy feedstock if the practice of industrial-scale biomass production is to be replicated.

These include basic issues such as an agreed interpretation of common facts. This can be highlighted by conflicting assessments of global forest loss (or gain) presented by the new WRI-commissioned Global Forest Watch monitoring platform, and the Global Forest Resource Assessments carried out by the forestry department of the UN Food and Agriculture Organisation. As Chris Lang of redd-monitor.org explains; the FAO claimed in its 2015 Forest Resource Assessment that the rate of global deforestation was slowing, while Global Forest Watch claim that deforestation has increased to 18 million hectares (180,000 sq km), not the annual average of 3.3 million that the FAO reports. The FAO assessments are based on government self-reporting, which often promotes a more optimistic view of the industry than the satellite data cited by Global Forest Watch. Independent reports conducted at the University of Maryland and a rigorous 2013 study published in Nature also back up this data, finding significant flaws in the FAO methodology and research, such as noting that the total forested area of Australia increased from 41 million hectares to 150 million hectares between 1995 and 2000 due to a readjusted appraisal of the definition of ‘forest crown cover’. These inconsistencies can inspire doubt in the overall message being given by the FAO.

In order to tackle these growing uncertainties and additional factors such as global offsetting programs due to be implemented by the aviation and shipping industry, encompassing the highly speculative ‘negative emissions’ concept towards the end of the century, a number of new initiatives are in the process of being implemented.

REDD+ (reducing emissions from deforestation and forest degradation in developing countries) has been under negotiation since 2005. It is a complicated policy mechanism; the plus stands for ‘fostering conservation, sustainable management of forests, and enhancement of forest carbon stocks’ – by no means a straightforward task. It is also one on which many industries have found they are willing to bank on, in the form of carbon offsetting. And it is not without its quirks – an important issue with regard to REDD+ is the fact that reinstating native people’s land rights has historically been the most cost effective method of policing and controlling illegal logging and other activities, although it is quite difficult to hinge so much investment (hundreds of billions, or more) on a seemingly tenuous thread such as this.

Another initiative associated with illegal logging and the trade of timber, specifically to the EU, is the FLEGT Action Plan which deals more specifically with the problem of illegal logging by engaging directly with the loggers themselves and providing a basis by which all may benefit. As NGO Fern describes, the EU FLEGT Action Plan is “the EU’s best-ever policy on tropical forests, since it’s the first scheme of its kind to address the root causes of illegal logging”, giving evidence of improved governance in Ghana, Liberia and Vietnam.

The European Commission has also recently published a report outlining new policy directions for solid biomass energy feedstock from the South East US, and there is a growing recognition of the importance of practical, functional frameworks and mechanisms to slow the rate of deforestation and address the issue of carbon emissions from both biomass energy use and forestry associated land use. To this end, revisions of the US-sourced biomass energy policy are expected by the EU in 2017, while the REDD+ mechanism is hoped to be finalised and rolled out before 2020.

In further investigation of the murky issue of biomass energy use when regarded as a component of the carbon cycle we confront the topic of land use change. In any examination of the industry generally, this is the fundamental motivation that must be upheld, and the underlying purpose of these various initiatives. Given that the conversion of forests to other land uses is responsible for around 10% of net global carbon emissions (equivalent to the global transport sector, not including shipping or aviation), we are presented with the question of how biomass energy use relates to the carbon cycle.

The complexity lies in the definition of forested land, and the method of deforestation – only land that was previously unforested can legitimately be called carbon neutral as the deforestation of previously natural forest lands will take somewhere in the region of 70+ years to re-sequester the lost carbon; with the result that within the context of climate change, the net neutrality of the burned carbon stock is meaningless – whatever carbon emissions released will not stop the associated temperature rises that will start to cause the most harm by 2070-2080, when bio-systems will begin to shut down en masse. There could be associated droughts which could bring much more rapid destruction to forested areas, as we are already seeing due to wildfires and disease from California to Siberia. The trivial savings made by subsidising biomass energy supply are therefore not worth the damage that the medium-term increased carbon emissions will inflict. In this sense, the need to substitute fossil fuel because of the long term (permanent) carbon damage it inflicts, cannot be substituted by the medium-term damage caused by increased biomass energy use. There is one caveat, and that is if an area the size of the previously natural forest were to be grown alongside the area now given over to logging. Logging in itself is a form of sequestering carbon, and does not need as much legislation – it is the use of natural forest carbon stock as an energy feedstock that is clearly not carbon-neutral within a relevant timescale, as proposed by any expansionist biomass energy policy. 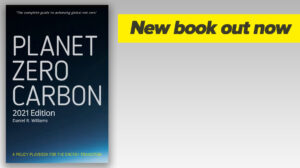 Windfloat floating turbine currently in trials off the coast of Portugal. Low cost installation makes these turbines an attractive proposition for energy suppliers, regardless of location. The turbine is designed by San Francisco based company Principle Power, in partnership with a consortium including Portuguese and French energy companies.
FEATURED