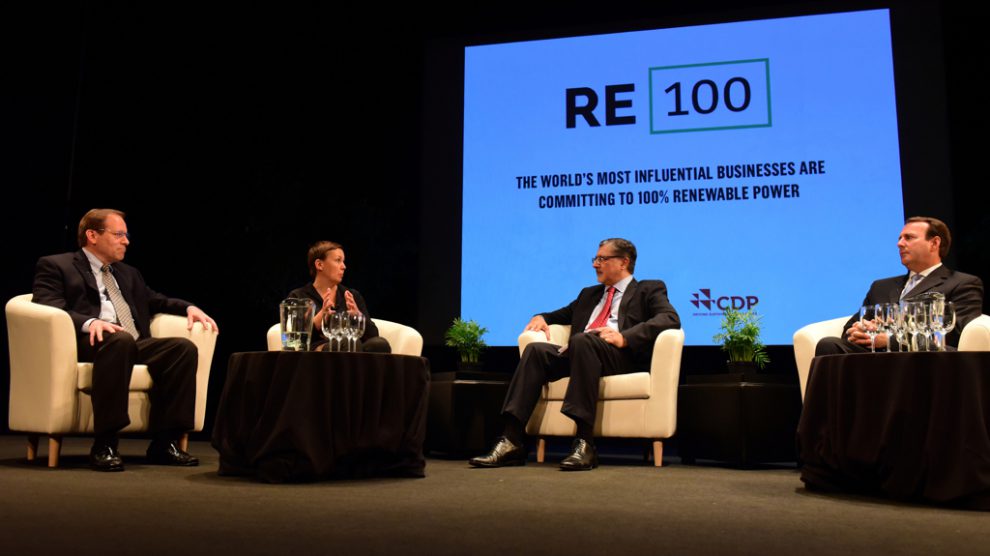 It may come as no surprise that one third of Fortune 100 companies globally are oil and gas. However, with even Saudi Aramco, the 4th richest company in the world now set to be sold off by the Persian government, it looks like oil is seeing its last days. This is a bold move, certainly for a country holding what has amounted to the largest reserve of oil in the world – and it speaks volumes about how Middle-Eastern countries are viewing the future of energy, and climate change.

To highlight the growing shift to renewable energy, RE100 (set up by the international non-profit the Climate Group) is so far involved with 81 of the worlds largest multinationals who have made plans to go 100% renewable. These companies include two founding members; Swiss Re and Ikea, as well as many familiar names including Walmart, Microsoft, Goldman Sachs, Google, Unilever, Starbucks, H&M, Nestle, Nike, Philips and HP to name a few. As the list grows, so do the opportunities and innovations that power them; and the business case for energy independence and intelligent planning continues to propagate. Many companies have different approaches to their targets – some developing private wind farms and solar parks, others sourcing their energy from existing RE suppliers.

The motivation behind this shift may seem straightforward, but each approach is different. Johnson & Johnson announced their public commitment to reduce CO2 emissions in 2000, and since 2010 have reduced these emissions by 10%. This has been achieved in a number of ways; installing 3MW wind turbines on their properties in Ireland and installing 500KW fuel cells in California, 3.2MW solar systems in Puerto Rico with 5.7MW of further energy projects planned. They aim to be 100% renewably powered by 2050. As Paulette Frank explains, the advances in energy security made now make financial sense while at the same time serve to underline the core values of a traditional family brand that have made the company so successful over the years.

This initiative is one of many who have been motivated by the Paris Agreement and other commitments to reduce carbon emissions and increase energy security by using clean energy. As Dubai’s recent announcement to achieve 75% renewable electricity by 2050 shows, even countries who have traditionally relied heavily on burning fossil fuels are now moving away from the energy source at an increasing rate. In many cases, it is the growing awareness of climate change, and in others it is simply cost.