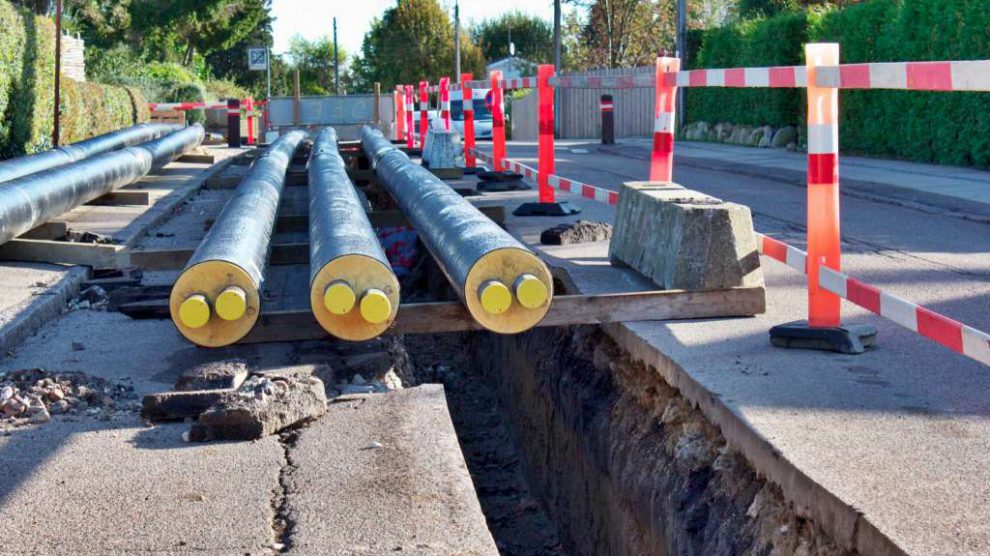 District heating currently accounts for 10% of Europe’s building heat supply, and a recently approved strategy by Heat Roadmap Europe wants to increase this to 50% by 2050 by a combination of demand reduction coupled with waste heat utilisation, thermal storage and grid integration. Overall, planners have realised that if Europe is to have any hope of meeting the targets set out during the Paris climate change summit, heating and cooling must fully decarbonise by 2050. This is because decarbonisation may be much more difficult to achieve in industries such as aviation and shipping, with aviation alone expected to treble its share of the 2°C carbon budget by 2050.

To understand the recent switch in policy direction towards district heat, it is important to understand the evolution of many scientific studies that have contributed to our knowledge of the potential for integrated solutions, leading to a realisation that all of Europe’s heating needs could be met by waste heat alone – much of it currently lost in cooling towers and through industry among a wide range of other sources. This basis is the primary factor motivating the current drive towards district heat; if and when optimal district heating networks are implemented this will represent a 30% reduction in Europe’s total emissions. Furthermore, the flexibility of district heating networks enables improvements to be made at a future date, spreading the upfront cost of the system and allowing planners breathing space when accounting for future needs.

Many Northern European countries have extensive district heating networks already in place, with Denmark, Sweden, Finland and Poland being the largest member states with connection rates higher than 50%, and with the service provided found to be efficient and cost-effective. However, district heat has generally been avoided because of the relative complexity of designing efficient systems, and the variety of interdependencies required (as well as differences in building codes and laws regarding electricity and water usage). Co-generation or Combined Heat and Power (CHP) is a widely-touted format for district heating, where gas or biofuel (biogas/biomass) is used to drive a turbine to create electricity, and the waste heat is also used within a district heating system. The advantages of utilising this waste heat are obvious, but surprisingly little of this heat resource is made available for building heat providing considerable opportunities for efficiency gains and cost reductions.

The advantages of district heating and/or CHP are obvious when considering the inefficiencies inherent to conventional electricity and building heat generation. Most current electricity is created thermally by coal or gas at a distance from urban centres, where steam or gas drives a turbine, and exhaust heat is simply vented or cooled in towers. Water is then heated at the point of use in a gas-fired boiler for building heat – with such systems equating to 50% of Europe’s entire energy use. So in this way, the 50% of heat wasted through thermal generation is of obvious value to the building heat sector, if effective planning were to be implemented – and as it now is. In combination with a number of additional technologies such as solar thermal plants, large-scale heat pumps and below-ground thermal storage, the potential to fully decarbonise the heating sector is significantly increased. Underlying issues such as the necessity for primary fossil fuel energy are mitigated by these technologies, and further decarbonisation may be implemented by the use of biogas, biomass or renewable hydrogen at some point in the future.

The wide range of studies undertaken so far highlight the complexity inherent to district heating and CHP systems – but the conclusion is now unanimous – district heat is fundamental to the decarbonisation of our electricity and heating systems, and possesses the flexibility to accommodate fully renewable fuel sources.

Looking at countries in Europe, most decarbonisation policies are starting to place district heating at the top of the agenda and are providing the legal frameworks and funding to support large-scale adoption of the systems. France is now planning to increase its district heating from 6% to 30% by 2030 under a new Energy Transition Law, using local resources such as wood, waste and sewage treatment plants as well as traditional gas boilers. The UK has similar ambitions and echoes the Europe-wide drive to 50% by 2050 – again referencing the ability of a district heat system to adapt and decarbonise over time, with a technical potential for district heating networks to meet up to 20 percent of heat demand by 2030, from a current base of 3-4%.

An often-overlooked benefit to district heating can be found through the use of CHP and the subsequent integration of the electricity grid with the heating grid. One advantage of electricity/heat integration is that when electricity is transformed to heat it can now be stored in the heating system using excess wind or solar PV, and redistributed at a later point as heating. In fact, solar thermal storage is a highly efficent way of storing energy as this energy can be stored in underground ‘thermal banks’ which use the insulating property of the ground to maintain a relatively warm temperature for a number of months – providing very low cost interseasonal energy storage. The use of heat pumps can leverage the temperatures of this warmer water, this providing low cost heating powered by renewable energy.

As the reports and studies stack up, its becoming clear that district heating is going to take a central role in the development of completely decarbonised electricity and heating systems in Europe, and at a lower cost and with more convenience for the end-consumer as fossil fuel prices increase. However, its going to require a lot of involvement and cooperation – from government, consumers and industry groups. 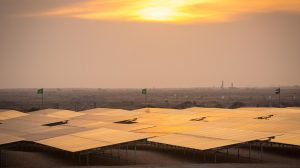