As the planet’s population starts to approach a plateau at approximately 9.5 billion people around 2050, many are beginning to look at the ability of our current agricultural system to keep up with the demands being placed on it, including the growing preference for livestock-dependent diets requiring more land, the depletion of freshwater aquifers, and the erosion of soil fertility; trends which are all starting to become apparent around the world. These factors together comprise a significant risk to global stability, however they are all subject to a more profound threat that will bring with it even further challenges; and that is climate change.

Many different metrics may be used to quantify the total greenhouse gas (GHG) emissions caused by human activity, but agriculture remains a major contributor when measured against other sectors. A much-cited report titled ‘Livestock’s Long Shadow’ puts the figure for the livestock industry emissions alone at 18% of the global figure for GHG’s – only slightly less than the transport industry at 22% according to a WRI report – but this is only part of the story. Including non-livestock farming, fertilizer production, food transportation and land-use change including deforestation, the figure is closer to one-third of all human-caused global warming emissions – by far the largest contributing sector of GHG emissions globally.

The interconnected issues of producing an estimated 70% more food within 35 years with a resource base that is showing significant signs of stress already originate from an essentially broken system – as more resources are consumed, the detrimental effect of climate change will increase, and the current ‘fixes’ in the form of excessive fertilizer and pesticide use, over-application of finite water supplies and increasingly distant markets necessitating further transport and refridgeration, in combination with processing – all point to a food system that is precipitously close to failure and is intrinsically not sustainable. Waterways and coastal regions are polluted, pollinators have experienced significant die-offs, and more and more regions are resorting to deforestation to increase the area of arable land available for food production. The effect of these actions is the multiplication of the threats now posed: extreme droughts, floods and wildfires are already beginning to make themselves felt, as well as issues such as sea level rise which may displace up to 50 million people in India alone in the second half of the century, and other factors including the spread of pests and disease as native species lose resistance in the face of abnormal temperatures and other conditions.

This paints a rather bleak picture of the future, but in fact many opportunities exist to both reduce emissions and increase the quantity – and quality – of the food that Earth’s growing populations are going to require in the next 35 years.

Soil health, as indicated by the presence of organic soil carbon – and as a result carbon sequestration – are both central factors contributing to our understanding of how to increase crop yields and resilience as well as reducing emissions.

The recognition that over-dependence on artificial fertilizer leads to diminishing productivity is an idea that has been given more awareness by the additional need to reduce emissions, effectively leading to a win-win situation where resilience and sustainability are built in. Given that much of the world’s population growth will occur in areas where agricultural emissions are predicted to increase – namely Asia and Africa – the potential to implement good farming practices is considerable.

These facts have prompted a number of initiatives including a €4 billion fund set up by the French government in partnership with the world bank which aims to restore a total of 50 million hectares of land along the southern border of the Sahara desert. As soil degradation effects an estimated 65% of African arable land, the hope is to halt desertification and increase climate resilience by planting a 7,700 kilometre ‘green wall’, much like a similar initiative that has been ongoing in China since 1978.

Following through with the concept of carbon being sequestered in soils is another French initiative titled ‘4 per 1,000’ – which relates to the concept that by increasing the carbon content of soil by 4 parts per 1,000 annually, the organic matter within the soil would be enough to completely compensate for global emissions of greenhouse gasses. This is admittedly perhaps an unachievable goal, but it goes some way to highlight the potential for carbon sequestration within soils by modest incremental changes over a period of time.

Understanding how sustainability can be incorporated within conventional farming practices takes in a range of ideas; from the ‘climate smart’ agricultural methods highlighted by the UN’s Food and Agriculture Organisation, to Integrated Soil Fertility Management (ISFM) practices which recognise that neither exclusive use of mineral fertilizer nor solely organic matter are sufficient for the sustainable intensification of agricultural production.

For certain crops, greenhouse farming provides many further advantages when considering fertilizer use and requires much lower quantities of water allowing a year-round growing season with much lower risk of disease, and as a result the commercial greenhouse market is increasing at a cumulative annual growth rate of almost 10% globally, reaching a CAGR of up to 20% in China – providing a buffer against variable weather patterns in some areas as well as limited growing seasons or temperature extremes in others. 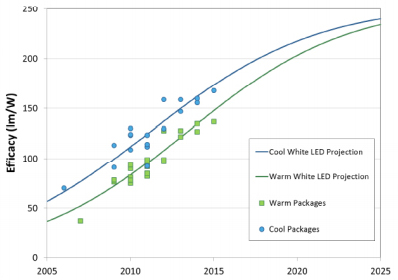 A recent development within the greenhouse farming sector is vertical or indoor farming, which is a rapidly developing industry recently made profitable by the dramatic reduction in LED lighting costs, among other things. Numerous advantages and efficiency gains are achieved by this method of farming, which uses 98% less water, no pesticides and can produce 130 times the output of conventional farming per square meter. The advantages to the consumer include a year-round growing season and fewer ‘food miles’ travelled, as indoor farms can be built within or close to urban centers. In Europe or the US, where food travels an average of over 1000km before reaching the supermarket, produce is grown to retain shelf-life rather than flavour, and loses a significant proportion of its nutritional value in transit. With indoor farming, vegetables grown locally are purported to taste far better, and where they were initially prized by restaurants are now commercially viable at scale. With LED lighting efficiencies set to double in the next decade, and the lights themselves requiring only 8% of the visable spectrum to promote photosynthesis, costs will be further reduced. Another co-benefit is reduced wastage and increased uniformity, making indoor farming a practical answer to the growing needs of urban consumers. 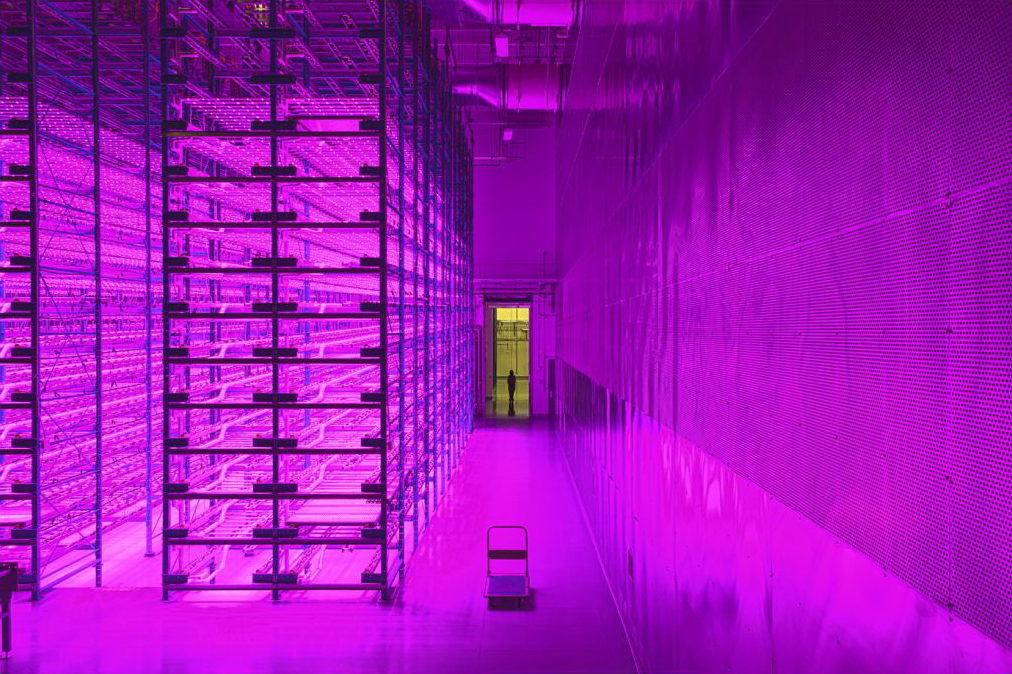 Both the Asia-Pacific regions, Europe and the US are seeing an increased growth in market share of indoor farms or PFALs (Plant Factory with Artificial Lighting) at around 30% between 2015 and 2020. Research scientists at Open Agriculture initiative at MIT estimate 30-40% of our diet could be produced in urban or near-urban environments in the near future.

The problem of livestock farming

Despite these advancements, one of the principle issues affecting agriculture may prove to be trickier to tackle – and that is livestock farming. However, if we are to take a leap of the imagination, it may be that many of the answers present themselves decades from now, becoming a part of modern life.

The FAO estimates that one third of available cropland is used for producing feed for animals, and much more is used for grazing animals themselves. The FAO also predicts the global demand for meat will increase by more than two-thirds by 2050. However, over-intensive farming has degraded much of the world’s farmland, and this has lead to rapid deforestation in places like Brazil, where demand for crops such as soy for export has incentivised farmers to convert rainforest to farmland.

While significant gains in emissions reductions can be made via the adoption of best practices and technologies, many are starting to look at potential alternatives to what is essentially a very wasteful means of consuming protein and nutrients within the diet.

After the announcement in 2012 that 30 laboratories around the world were working on ‘cultured meat’ research, in 2013 the world’s first lab-grown burger was produced by a Dutch team lead by Mark Post and funded by Sergei Brin, the CEO of Google. The success of this trial has lead to further cost reductions with the burger now costing about €8 to produce as of 2015, and they hope to have a product for sale within 5 years, as well as other start-ups in the US.

Of the many advantages that can be attributed to cultured meat production, including safety and predictability, the most fundamental is the reduction in greenhouse gas emissions and of land use at 96% and 99% respectively. And the possibilities do not end there. Lab-grown milk is set for commercial production by the end of 2017, and will use cultured milk proteins and ideally tasting identical to conventional milk, with a GHG emissions footprint of only 16% of that attributed to conventional milk production, and without the use of hormones or antibiotics.

To be continued in Part II..